Nate Oats expected to re-select his driving scorer out of the exchange entry over the late spring, however Jaden Shackelford’s choice to return in Tuscaloosa appears to paying off for the two sides.

Shackelford scored a group high 20 focuses in Alabama’s 86-59 success Friday night over Oakland, passing the 1,000-point mark for his vocation while proceeding to lay down a good foundation for himself as the fourteenth positioned Tide’s top scorer.

The lesser, who is averaging a group best 19.5 focuses through four games, likewise won Oats’ hard cap grant for the game for his “regular focuses” acquired for his work.

“He was really locked in and playing hard on both ends of the floor,” Oats said. “I kind of tell our guys, ‘Lose yourself in the game. Play hard and the offense will come.’ That’s what happened with him tonight.”

The third-year mentor stretched out comparative acclaim to the remainder of his group, which recuperated from an appalling Tuesday prevail upon South Alabama to win all the more serenely over its Horizon League adversary Friday in Coleman Coliseum.

“I thought that was our most complete game of the year,” he said. “We’ve been talking to our team about playing both sides of the ball for an entire 40 minutes. I thought we got as close as we got all year. I’m really happy with our defensive effort. I thought offensively, we didn’t really make shots — we didn’t shoot it well from three — but we were able to put up 86 points on a tough zone [defense].”

Oats felt Alabama played well unpleasantly in a success last week over South Dakota State, then, at that point, utilized its safeguard to hold off South Alabama this week. Yet, putting the two sides of the ball together was the concentration practically speaking recently.

“Everybody was laser-focused these last two days,” guard Jahvon Quinerly said. “That just went to show in how we played tonight.”

Quinerly scored eight of Alabama’s initial 10 focuses to stay away from the sluggish beginnings that have been risky early this season for the Tide. He wrapped up with 19 focuses and was joined by two green beans, JD Davison and Charles Bediako, in twofold digits. Davison (10 focuses) and Bediako (12 focuses) joined for a first-half back street oop that empowered the Coleman Coliseum swarm toward the finish of a four-game opening home stand.

Shackelford shot 7-of-17 and 3-of-11 from three-point range as he kept on placing a 1-for-14 display game execution in his rearview reflect.

“Me and him talked after the exhibition,” Oats said. “He was up here shooting late one night. I said I’m not really stressed. You’re not going to play that bad again. That’s not who you are. We’ve all seen what you can do for two years. I think that gave him a little extra motivation to be in the gym.

The lesser was called for two failure alerts by the authorities in Friday night’s down, with the second drawing a Class B specialized foul. Oakland was required its very own lemon cautioning.

“I didn’t even realize they gave us the warning,” Oats said. “I didn’t know when the warning came and all the sudden the second one and it was a Class B technical. We’ll have to watch for that a little more.”

Alabama (14-0) doesn’t play again at home until Dec. 11. It ventures out the following week to Orlando, opening the ESPN Events Invitational against Iona on Thursday. It will play either Drake or Belmont on Friday, and has a possible gathering with Kansas next Sunday relying upon the aftereffects of the competition. 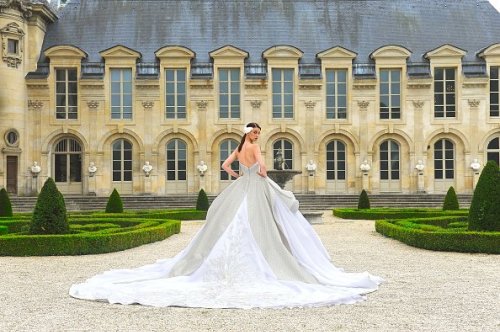